This week in ECS 210, we were asked to respond to the following questions: How does Kumashiro define ‘commonsense’. Why is it so important to pay attention to the ‘commonsense’?  Kumashiro talks about and defines common sense in multiple ways.  In the end, it is all about what everyone considers “normal” and the expected practices, fuelled by social pressures.  He also explains that common sense gives us some sense of comfort because it helps make sense of our everyday lives.  This might be comforting, but norms privilege certain groups and identities.  Going further with social pressures, he discusses that common sense tells us what schools should be doing, and not what they could be doing.  He also talks about how protests against common sense are dismissed as irrelevant, inconsequential or inappropriate.  In this way, I feel like common sense is ruling our lives–it is almost like we don’t even have a say in what we feel is normal.  These ‘norms’ are definitely dominant and are social constructs.

So why is it important to pay attention to this idea of ‘common sense’?  I think there are endless reasons on why we should be more conscious of this term and on how we should think of the meaning of this term.  Kumashiro’s experience in Nepal is an example of differing common senses, culturally.  He liked to clean and realized that water was only located in the centre of the bazaar.  He also realized that different needs (showering, dishes, water jugs, etc.) were tended to at certain times of the day.  I think this tells us that we need to be aware of the difference of cultures, customs and daily lives in order to teach students in ways that tend their own particular needs, instead of being stuck on our own ideas of common sense.  This is also relevant when the students in his classroom told him that he wasn’t teaching right because his ideas were not strictly lecture-practice-exam.  It is very important to recognize these differences, also, because the Peace Corps had a failure to critique their own assumptions about how the U.S. were superior compared to Nepal.  Although it was not a goal to be oppressive, it definitely came across that way.

Since we are on the topic of oppression, I want to address how ideas of common sense and normalcy contribute to this.  When teachers in the Peace Corps went to places like Nepal, they would put off the message that the American way is the best way.  They were pretty much trying to assimilate these students into American culture, without even knowing it.  With this idea of common sense, students could think that they are unworthy or abnormal because they don’t relate to these ideals.  That is the scary thing.  You think that you are doing great things like bringing different approaches of teaching to other parts of the world (the main goal of Peace Corps), but you could also be oppressing others.  What bugs me about all of this is the fact that we have made it okay to oppress and discriminate because it is ‘common sense’.  Oppression is not recognized because common sense has convinced us that schools are neutral and non-oppressive.  This is absolutely ridiculous because this article has proved this idea to be the opposite.  I think that we need to carefully think about our goals and intentions because they may end up in a negative situation.  With this knowledge now, I think that we could become more conscious, open minded and genuine teachers.

Kumashiro says that values and priorities are embedded in approaches to teaching and learning.  Does this mean that our values are to oppress and to push our own ideas of what’s normal onto others? 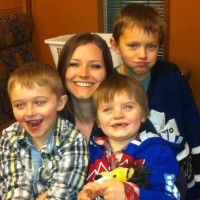 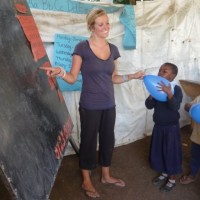 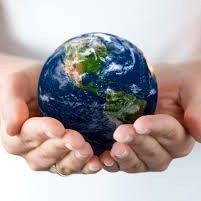 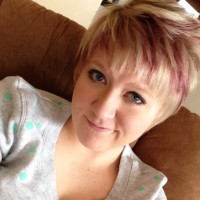 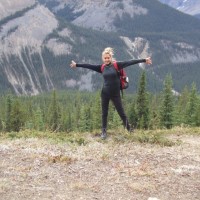 “Those who know, do. Those that understand, teach.” ― Aristotle. I will be a teacher, not just for knowledge but for wisdom. Education is not only about the knowledge children learn in the classroom, it is also about the ways they learn to use that knowledge. I believe teaching is an investment in the lives of children. These are my contributions to education. May you find inspiration, innovation and creativity in my thoughts, my ideas, my reflections and my experiences. Smiles, sunshine and the joys of learning from me to you.

My portfolio and blog

"I am still learning" - Michelangelo

~ my story of becoming a teacher ~

Reflections of a Redhead

Join me on my journey to becoming a Teacher!

Making a Difference in Children's Lives

The journey of a beginning Teacher

-learning alongside of children -

Journey without a destination

A journey to becoming a teacher

Live The Life You Love

My Journey as a Teacher

Perspectives of a Lifelong Learner and Teacher

University of Regina Student Seeks Knowledge and Romantic, Long Walks on the Beach

Preservice Teacher at the University of Regina